More and more waste waters end up in the port reception facilities and circular use rather than in the Baltic Sea. The Ship Waste Action initiative has strengthened cooperation between parties at HaminaKotka port and increased the volume of wastewater discharged ashore.

The Ship Waste Action initiative, launched by BSAG, has already fulfilled its two main targets in the first year of operation: the volume of wastewater discharged at ports has increased, and the procedures have changed both onboard and ashore. Since the initiative was launched, Finnish ports have received more sewage and grey water from ships: for example, at the port of HaminaKotka, from the previous three ships a year to 49 ships in 2022.

“The process works!” was the common reaction at the stakeholders’ gathering in December 2022. The port of HaminaKotka and BSAG invited local representatives to discuss Ship Waste Action: agencies, wastewater treatment plant, transportation company and industry. In addition, BSAG had collected feedback from shipping companies unable to attend the meeting. International shipping companies have shown much interest in the initiative and started discharging sewage during port calls in Finnish ports.

“In the discussion, we could state that each stakeholder has improved their own processes, and consequently, cooperation has strengthened at the port of HaminaKotka. The dialogue between parties in the value chain is crucial, and each positive outcome encourages further steps. As soon as a problem has been identified together, it can also be jointly solved”, says Irina Niinivaara, Corporate Relations Manager at BSAG.

Ships’ masters have given mainly positive feedback on the waste management arrangements at HaminaKotka port. The local transportation company has acquired needed flanges and hoses, and pumping speeds can be met. Wastewater treatment plant and transportation company coordinate sampling of wastewater. Information received from analyses is valuable when estimating the environmental impact of wastewater discharged into the sea. Moreover, the parameters of wastewater define possibilities for circular use.

The port has faced challenges in receiving small batches of wastewater and transporting part-loads by trucks. Therefore, fixed discharge lines and movable sludge containers are being evaluated. The common target of all parties to Ship Waste Action is to increase the volumes by batch and in total.

The local agents send Baltic Sea Waste Fee Info to each new ship arriving at the port, encouraging for responsible waste disposal. “The key is fluent communication. When a ship or a shipping company advises their needs in time, the agent has ample time to coordinate waste disposal together with the port and other stakeholders. It is crucial to arrange the first discharge operation in a smooth way, which encourages repeated responsible discharges.  The varied equipment and swift actions of the local transportation company have been praised”, says Sirpa Karhu from Dahlberg’s Agency.

Agents play an important – and sometimes an invisible – role as an information hub between ship, shipping company, port and service provider. Agents deliver information on responsible management of ship-generated waste and spread understanding of No Special Fee pricing and practical arrangements among ships sailing in the Baltic Sea.

The forerunner among shippers, UPM, shared their experiences at the gathering. Commitment to Ship Waste Action has tightened contacts with shipping companies and ships. UPM’s decision to require responsible waste management from ships has evoked a positive response from their customers and the value chain. A visible example hopefully encourages other industrial players to act for a cleaner Baltic Sea! 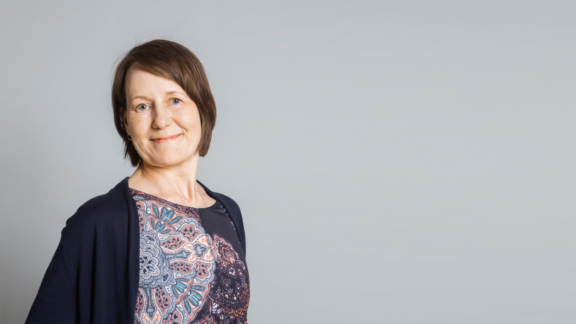 Qvidja farm is a beacon for Carbon Action ...